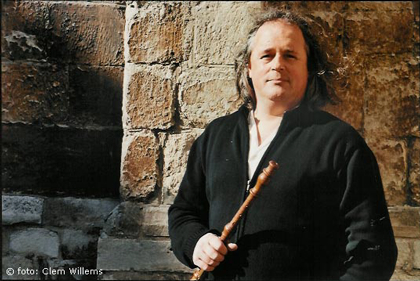 Marcel Ponseele studied modern oboe and chamber music at the conservatories of Bruges, Brussels and Gent in Belgium. After his graduation, he began to study the baroque oboe. In 1981 he won a prize at the "Musica Antiqua" competition in Bruges.

At the same time he played regularly with several baroque orchestra's, such as La Petite Bande, The Amsterdam Baroque Orchestra, the Chapelle Royale. Even more so, he is a founding member of the Orchestra des Champs-Elysées under the direction of Philippe Herreweghe. In addition, he directs l’Harmonie des Champs-Elysées, with which he has given numerous concerts and made recordings.

Together with Jan De Winne and others he founded the baroque ensemble Il Gardellino, of which he's the artistic leader.

Marcel Ponseele is internationally known as baroque specialist, and is often invited as a solist to perform with great orchestra's or to participate on different recordings. He performed and recorded mostly everything that was ever written for oboe by Bach, Vivaldi, Mozart and others.

He also focuses on chamber music, of which several recordings were made.
Marcel Ponseele also works as a oboe builder, together with one of his brothers.