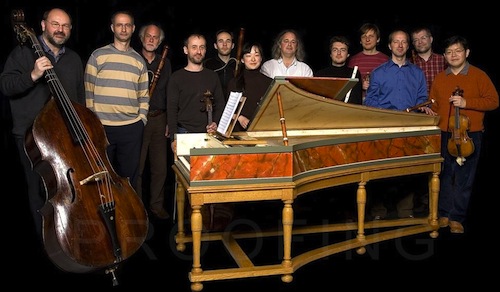 All of them enjoy a considerable reputation in the world of historical performances. They are leaders - and sometimes even co-founders - of ensembles such as the Amsterdam Baroque Orchestra, La Petite Bande, L'Orchestre des Champs-Elysées and Collegium Vocale. Having spent many years in authentic practice, they master all the subtleties at their fingertips. However, as assembled in il Gardellino, they aim to make a difference and create something at the cutting edge.

While upholding Bach's works and especially his spirit as their guide, at the same time they wish to put him into a contrastive perspective. They juxtapose his works with those of his contemporaries whose repertoire is too often neglected. They play with our own contemporaries in the fields of contemporary music, jazz, world music, etc. During their tours, they invite writers, philosophers, cinematographers or video makers and weave a dialogue with other forms of artistic expression.

Having already accomplished some pioneering performances with jazz musicians (while playing on their period instruments of course), they plan future programs along more traditional lines which will include sacred vocal music as well as opera. After having performed and been highly praised at many festivals and concert halls in Europe, il Gardellino has been recently enjoying an ever increasing success in the United States, Israel, South America, and Japan. Many CDs have been and will further be recorded for the labels Accent, Klara and Passacaille.