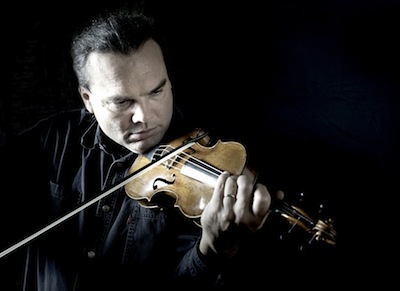 Gunar Letzbor decided to found his own ensemble, ARS ANTIQUA AUSTRIA, an instrumental ensemble of varying size dedicated in particular in order to explore the rich, but often unjustly forgotten Baroque repertoire of his native country and its neighbours. Corollaries of this voyage of re-discovery have been not only the unexpected detection of musical masterpieces otherwise destined to languish in obscurity, but also the articulation of a uniquely central-European instrumental sound and its often deeply spiritual inspiration.

As a soloist as well as with ARS ANTIQUA AUSTRIA, Letzbor has made numerous recordings (including several world premieres), featuring works by Mozart, Bach, Biber, Muffat, Aufschnaiter, Viviani, Schmelzer, Weichlein, Vejvanovsky, Vilsmayr and Conti. Many of these CDs have received major record awards, including the Cannes Classical Award and Amadeus' Disco dell'Anno. Particulary remarkable was his world's premiere recording of Sonate for violin solo by J.J.Vilsmayr and J.P.Westhoff.