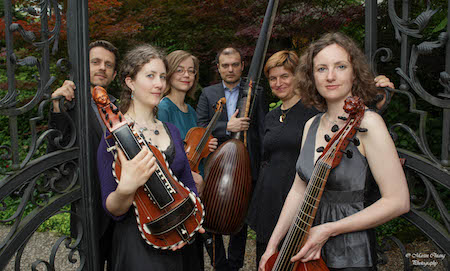 Formerly known as Ensemble Ysis (after a 15th century treatise crediting the invention of the hurdy gurdy to the goddess Isis; name changed due to current politics...), Ensemble Danguy specializes in the varied repertoire of the hurdy gurdy (known as vielle à roue, symphonie, organistrum, ysis...) in its many historical incarnations. For each historical period and/or programme, Danguy strives to work with the appropriate internationally renowned specialists. Ensemble Danguy is now named for the most famous virtuoso vielliste of the 18th century, known to us only as l'illustre Danguy.

Ensemble Danguy is led by the Canadian-born hurdy gurdy player, Tobie Miller, who is one of the only hurdy gurdy players to come to the instrument through early music. Based in Basel, Switzerland, the group has recently recorded its debut cd of 18th century sonatas and cantatas, "La Belle Vielleuse", which was released on the Ricercar label in May 2017. 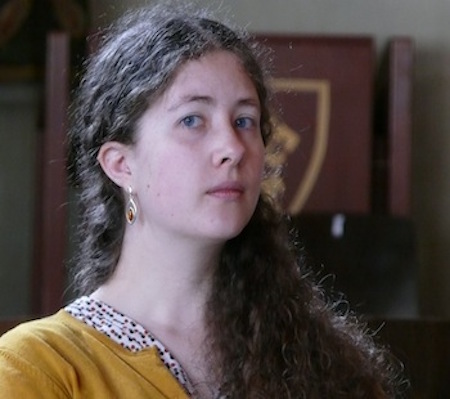 The Canadian hurdy gurdy player, recorderist and singer, Tobie Miller, grew up in a family of classical musicians. After studies in Early Music Performance (B.Mus) at McGill University (Montreal, Canada), she moved to Basel (Switzerland) to pursue postgraduate studies at the prestigious Schola Cantorum Basiliensis (Aufbaustudium Diplom with High Distinction, 2008, and M.A. Musical Pedagogy, 2012). Her work in Basel was supported by two grants from the Canada Council for the Arts, and by the J.B.C. Watkins Award. She was the recipient of a further grant from the Canada Council in 2011-2012 for her work on the baroque hurdy gurdy and transcriptions of J.S. Bach's solo cello and violin repertoire for the same instrument.

One of the only hurdy gurdy players to come to the instrument through early music, she is recognized as a virtuoso of the baroque hurdy gurdy, and performs in various formations, including in duo with the Austrian hurdy gurdy player, Matthias Loibner, as well as with well- known conductors such as Jordi Savall, Christophe Coin, and Wieland Kuijken. While maintaining a busy performing career, she also teaches regularly at workshops and festivals including the Over the Water Hurdy Gurdy Festival (2005-2010), Les Journées de La Flûte à Bec (2006), Asociaciòn Ibérica de la Zanfona (2010, 2015), Sherborne Early Music Society (2015), and at the Schola Cantorum Basiliensis (2008, 2012). In 2015 she was the invited soloist for the 11th International Zona de la Zanfona festival in Galicia.