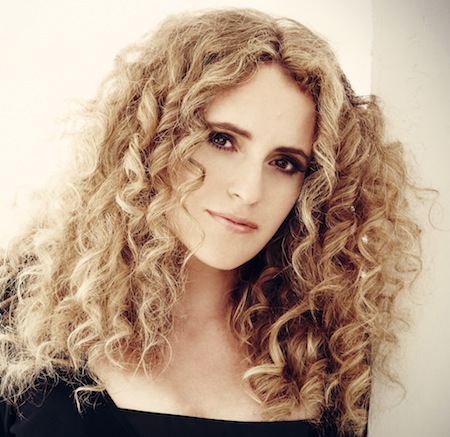 Born in Pamplona, Raquel Andueza has worked regularly with a number of ensembles: Gli Incogniti, B'Rock, L'Arpeggiata, La Tempestad, Al Ayre Español, Orquesta Barroca de Sevilla, El Concierto Español, Private Musicke, La Real Cámara, Hippocampus, Orphénica Lyra and others. In 2003 she became a member of the vocal quartet La Colombina. Together with the theorbo player Jesús Fernández Baena she works as a duet specialised on the Italian music of the 17th century and in 2010 she founded her own ensemble, La Galanía.
She currently sings as a soloist at the main festivals and halls worldwide (Paris, Madrid, Barcelona, Brussels, Frankfurt, Utrecht, Prague, Bucarest, Vienna, Mexico, Naples, Granada, Minneapolis, Panama City, Bern, London, Hong Kong, Moscow, Bogotá...). In 2012 she made her New York debut at Carnegie Hall and also at the London Proms.

She also has lend her voice to several movies, short films and TV series, as Exodus (Ridley Scott, 2014), Isabel (TVE1, Javier Olivares, 2012), Atraco (Eduard Cortés, 2012), Tous les soleils (Philippe Claudel, 2011) and Disección de una tormenta (Julio Soto Gúrpide, 2010). Furthermore she has, together with La Galanía, put the voice to the last Loewe TV advertisement.
Raquel has recorded for the labels Virgin Classics, Glossa, K617, NB Musika, Accentus and Zig-Zag Territoires. In 2010 she created her own label, Anima e Corpo, and she released her first disc Yo soy la locura in January 2011, which obtained the award Festclásica 2011, given by the Spanish Association of Classical Music Festivals. Also her following cds with La Galanía, Alma Mia and Pegaso, are receiving enthusiastic reviews and awards from several music magazines, as well as the youngest release, Yo soy la locura 2.

Raquel has a simply unique, beautifully bright, round and percetly focused voice, which fascinates on one hand through her amazing and seemingly effortless flexibility, on the other hand enthuses with her sensuous long notes and legato-lines, which appeal to the listener quite intensely.

With this she has excellent ears for intonation and temperament, a profound technique as well as a reliable knowledge on stilistical matters which allows here to approach a rather broad repertoire.
And last but not least her omnipresent and visible joy in singing not only transfers simply brilliantly performed music in her concerts, but also a lot of fun and some quite dense emotions, which is extremely touching for an audience.

Yo soy la locura - Excerpts from the CD