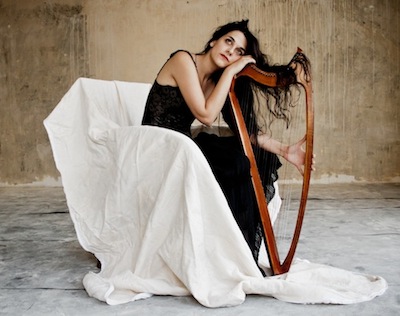 The Czech soprano Hana Blažíková studied philosophy and musicology before graduating as a singer at the conservatory Prague in 2002.

Soon she specialized in the interpretation of the medieval, Renaissance and Baroque repertoire, going on into Classical music from time to time, and within the last years became one of the most sought-after sopranos for this sort of repertoire worldwide.

Hana regularly collaborates with ensembles as Collegium Vocale Gent, Amsterdam Baroque Orchestra, Bach Collegium Japan, Tafelmusik Toronto, Capella Regia, Collegium Marianum or Collegium 1704, under direction of musical personalities as Philippe Herreweghe, Masaaki Suzuki, Vaclav Luks, Ton Koopman and others.
Also in the field of modern Symphony Orchestras she's often invited for projects featuring Baroque or Classical repertoire.
Her first experiences on opera stages were widely praised, for instance when she sang the role of Susanna in Mozart's opera Le Nozze di Figaro at Karlovy Vary Theatre, and when she appeared as Zerlina in Mozart's Don Giovanni in the summer scene "Mozart Opera" at the Estates Theatre.

The young soprano is performing on the most important festivals and stages all over the world, in Europe, the US and Japan, such as the Prague Spring, Festival Oude Muziek Utrecht, Resonanzen Vienna, Concertgebouw Amsterdam and many others.

Furthermore Hana plays the gothic harp and offers programmes with medieval chant, in which she accompanies herself on the harp.