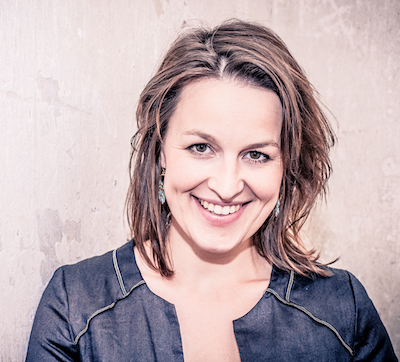 belongs to the most sought-after Czech singers in the field of Early and Contemporary music. Barbora has been involved in music since childhood, when she began playing the piano and singing. In 1995, she became a member of the Prague Philharmonic Children’s Choir, with which she sang in more than 300 concerts, in many opera performances in the National Theatre and the State Opera in Prague, on CD recordings and in concert tours around the world, including Carnegie Hall, New York and the National Theatre, Kuala Lumpur.

After completing grammar school, Barbora studied choir-conducting and church music in the Faculty of Education and Musicology in the Faculty of Philosophy of Charles University in Prague. She is currently undertaking postgraduate studies in musicology in the University’s Faculty of Philosophy, specialising in Gregorian chant.
She also studied singing privately with J. Jonášová and E. Toperczerová and attended masterclasses in the interpretation of early music with Marius van Altena, Peter Kooij, Julie Hassler and Howard Crook.

Barbora regularly sings as a soloist with prominent Czech and European ensembles, including Collegium Vocale Gent, Collegium 1704, Collegium Marianum, Cappella Mariana, Musica Florea and others. Furthermore she is the artistic director of Tiburtina ensemble and also plays medieval harps and psaltery. She also performs with singer and harpist Hana Blažíková.

Barbora Kabátková's voice fascinates intensely through her slenderness and focus on one hand, and her natural warm timbre and sound on the other hand, so that slender flexibility and agility (depending on the repertoire she can sound almost like a - very good - boy singer) are complemented by warmth and brilliance.

In addition to her excellent vocal technique Barbora also has a great deal of knowledge as an experienced musicologist, so that she is as well versed in stylistic issues as in questions of cast and interpretation. And despite this theoretical knowledge her tremendous musicality, her expressiveness make her singing always emotionally dense and intense.
Through her longtime experience in choral and ensemble singing already in her childhood, Barbora also excels in an ensemble or solo quartet, and thus belongs to the praiseworthy (and unfortunately not so numerous!) sopranos, who do not upstage their fellow-colleagues, but always listen to which is the most important part in a polyphonic phrase, who has a particularly interesting phrase.