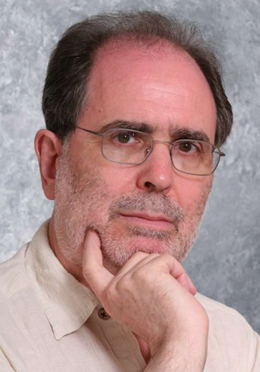 Joshua Rifkin American conductor, pianist, harpsichordist and musicologist, studied with Persichetti at the Juilliard School of music in New York, receiving his B.S. in 1964. He also studied with Gustave Reese at New York University, at the University of Göttingen, and later with Mendel, Lockwood, Babbitt, and Oster at Princeton University, where he received his M.F.A.. He also worked with Karl-Heinz Stockhausen at Darmstadt.

The German encyclopaedia MGG ranks him among "the most important Bach-interpreters of our time".

Joshua Rifkin has won international acclaim as conductor, pianist, and harpsichordist for performances of music ranging from Monteverdi to Igor Stravinsky, J.S. Bach to Richard Strauss, and Mozart to Gershwin, Copland, and the most recent moderns. He's founded The Bach Ensemble in 1978, an ensemble, whith whom he performed all over the world since this time, and with whom he recorded numerous CDs, in first line with the works of J.S. Bach.

He is noted internationally for his research in the field of Renaissance and Baroque music, but he also became popular as a performer and explicator of ragtime.

Beyond his work with The Bach Ensemble, Joshua Rifkin's activities in the world of early music have included an enthusiastically received production of Monteverdi's L'Orfeo at Switzerland's Theater Basel, the modern premiere of Alessandro Scarlatti's Venere, Amore e Ragione in Chicago, Mozart's Requiem and poly-choral Psalms of Heinrich Schütz at the Utrecht Early Music Festival, and guest appearances with the Ensemble Gradus ad Parnassum of Vienna, Schola Cantorum Basiliensis, and St. James Baroque Players of London, as well as recordings of Mozart's "Posthorn" Serenade and several Haydn symphonies with the Cappella Coloniensis of Germany. Highlights with modern orchestras and ensembles include staged performances at the Bayerische Staatsoper in Munich with a new production of Purcell's Dido and Aeneas and George Frideric Handel's Acis and Galatea, but also productions of I. Stravinsky's L'Histoire du soldat in the USA and Australia; the Melbourne premiere of Weill's Die sieben Todsünden; the European and Canadian premieres of Gunther Schuller's And They All Played Ragtime; J.S. Bach's St. Matthew Passion (BWV 244) in the 1911 version of Ivor Atkins and Edward Elgar; and the posthumous premiere and first recording of Silvestre Revueltas's theater music Este era un rey with the Camerata de las Americas.

Joshua Rifkin has taught in several universities, including Brandeis (1970-1982), Harvard, New York and Yale. He is noted for his research in the field of Renaissance and Baroque music, and contributed scholarly studies to many publications in America and Europe, among them The Musical Quarterly, Bach-Jahrbuch, The Journal of the American Musicological Society, Early Music Magazine, 19th Century Music, The New Grove Dictionary of Music and Musicians.

In 1999 the University of Dortmund, Germany, awarded Joshua Rifkin an honorary doctorate for his contributions to Bach interpretation; he has also held guest seminars, workshops, and master-classes at universities and conservatories throughout Europe and the USA.